■What are Medal Traits?
・When you fuse a Medal onto another Medal with the exact same name and rarity (in other words, a Medal with the same Album #), you will unlock the Medal's "trait".
・Unlike Skills, a Medal's trait(s) is always active.

※The Fantasia Mickey B Medal will not unlock any traits on a Medal.
※Fusing multiple copies of a Medal in the same fusion will not unlock more than one trait.
※Medal fusions performed before the update will not be granted traits retroactively.

・There are many different traits to unlock, and the trait that you get will be randomly decided each time you perform the Medal fusion.
・The number of traits you can have on a Medal (called "slots") differ from Medal to Medal.
▽You can view a Medal's trait(s) by tapping on the arrow near the bottom of the Medal Details screen.▽ 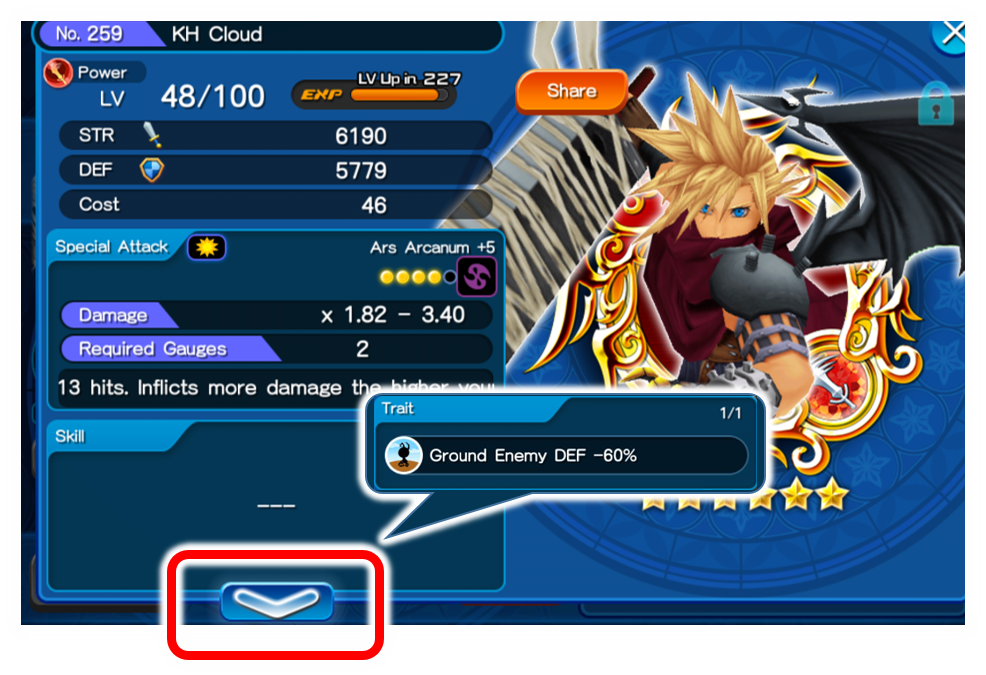 ・If you have filled in all trait slots on a Medal and attempt to unlock another trait, you will have the option of overwriting one of the Medal's unlocked traits.
If you choose not to overwrite, your Medal's trait(s) will not change.

●Affects all Medals equipped to your Keyblade

●Affects only the Medal with the trait

※If you have multiple Medals with the same traits in your loadout, the effects will stack.
NOTE: "Extra Attack" is an exception to this rule, since it will not stack past 2 of the effect. "Ground Enemy DEF -60%" and "Aerial Enemy DEF -60%" also do not stack.