Here’s a guide on how you can get more LUX gain per battle! !

For enemies not including Raid Bosses, the higher the damage of the defeating blow, the more LUX you will obtain. This is the reason why single-hit Medals are recommended.


* With Medals that do more than a single hit, the damage is split among the hits, so you will do less per hit. By using single-hit Medals, it prevents you from splitting up the damage and gaining less LUX.
* LUX gained from Raid bosses are not affected by the number of hits.

The target in Proud Mode Quest No. 845 yields more LUX upon defeat compared to other quests.
If you are looking to collect LUX from quests other than Raid Events, be sure to check out the details below!

Here's an example of a setup based on Tip #1. 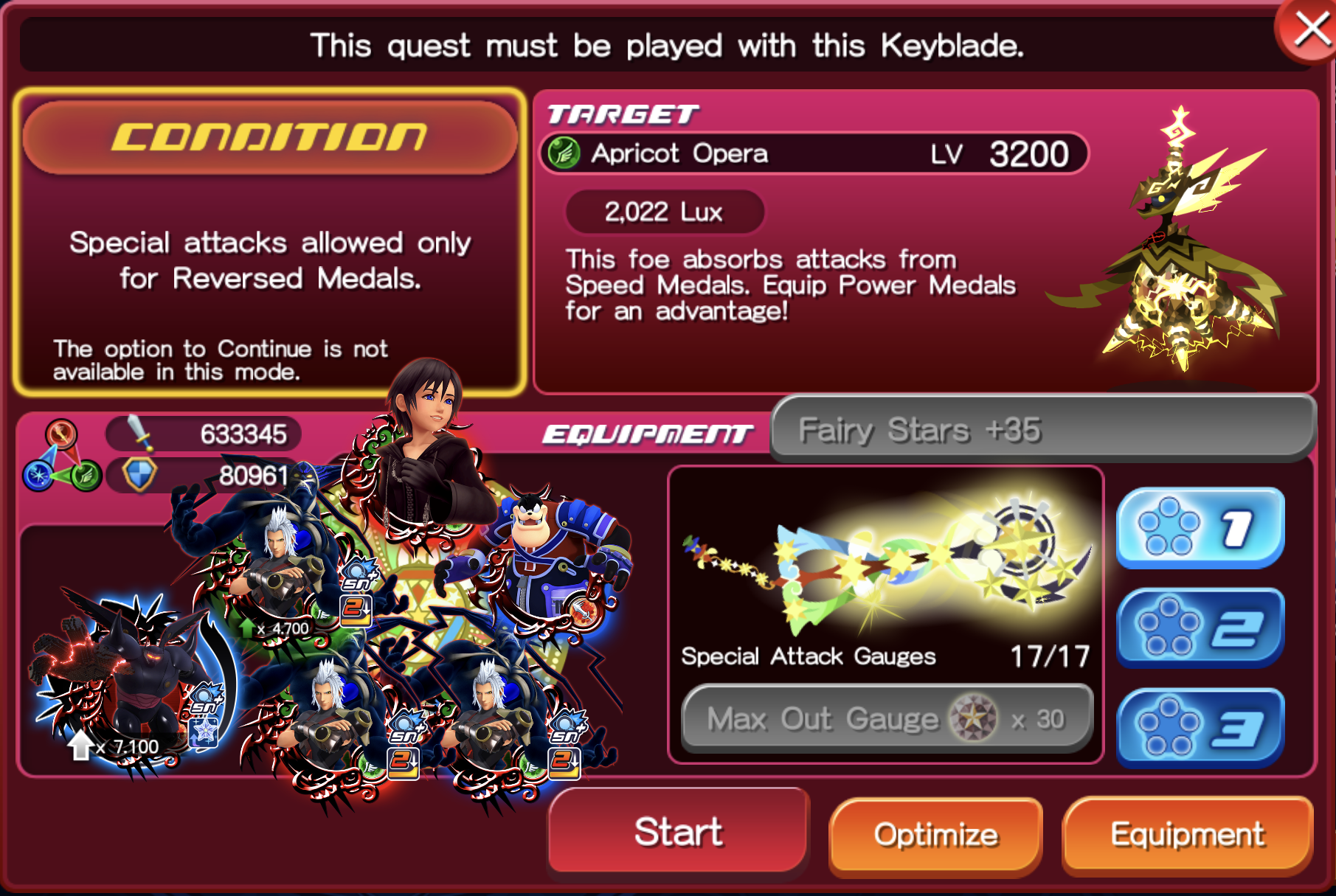 Additionally, by doing the following:
・Increase your Keyblade level, Subslot Modifiers, and Spirit Rank.
・Attach the Extra Attack Trait to SN++ - KH III Terra-Xehanort.
・Set the SN+ - KH III Dark Baymax Medal to a non-Spirit slot and trigger Combo.
etc...
You will be able to achieve 3,000,000,000 LUX or more!


* Combo is a Spirit ability that increases your damage. It can be learned by increasing your Spirit Rank.

LUX you gain from the Raid Bosses changes based on the Raid Boss’ remaining HP and skills that boost your LUX gain.

* The damage of the defeating blow and the number of hits does not affect the amount of LUX you gain.


With Raid Bosses, it’s important to defeat the Raid Bosses as quick as possible while using the Lux boost skills and Damage in Raids +**% Traits.

■ Extra Tip: Increase your LUX level to unlock your Passives!