Get 7★ Prime - Woody and Prime - Buzz Lightyear within 5 draws from these exclusive Deals!

Celebrate the collaboration with Prime - Woody and Prime - Buzz Lightyear ! Get a 7★ version of them within 5 draws from their respective Medal Deals!
As you're also guaranteed to receive a 6★ version of Prime - Woody or Prime - Buzz Lightyear each time you draw from these Deals, you'll be able to take full advantage of the 7★ version's 5 trait slots!
NOTE: The 6★ version of Prime - Woody and Prime - Buzz Lightyear will have 3 trait slots.
Plus, you're also guaranteed to get a Tier 4, 7★ Medal per draw from this Medal Deal!
As an added bonus, you will receive three Magic Mirror Medals each time you draw from this banner!
Also please note that these Medals are only available for a limited time, and will not re-appear in future deals until further notice!

When you evolve a Prime Medal to 7★ rarity, the following will occur:
・The Medal will have 5 trait slots!
・You will be able to power up the Medal using Chip and Dale Medals beyond the current max of +1000 STR and DEF!
・The Medal will gain an increased SP Attack Bonus buff as a part of its Special Attack!*
*In the case that the Medal's Special Attack already includes an SP Attack Bonus increase, this value will be further increased from its base value.

You also have a chance of getting a Boosted version of these Medals!
・Boosted Prime - Woody, Prime - Buzz Lightyear : 1,000 more base Strength and Defense.
Please check the 'Draw Odds' tab for more information on other Boosted Medals obtainable from this banner. 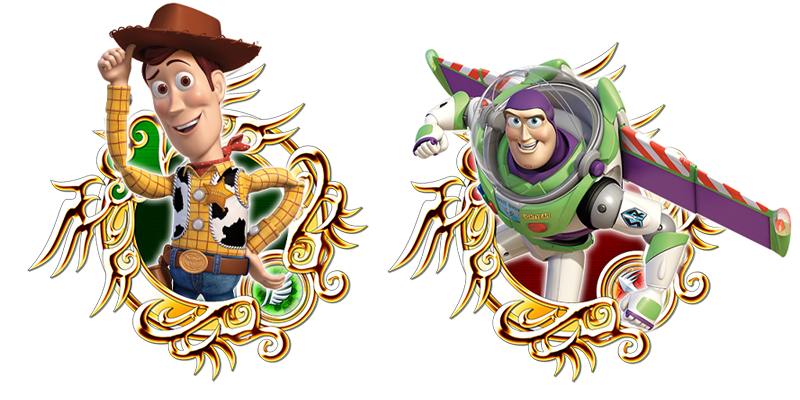