The latest in the powerful EX Medal series, with an incredible Tier 6 Special Attack Bonus, Sephiroth [EX], has arrived!
This deal also introduces another Tier 6 Medal, Tifa & Aerith, and it's guaranteed within 5 draws from this EX Medal Deal!
Plus, Sephiroth [EX] also has unique Home Screen music when you share this Medal!

When you unlock the Special Attack Bonus for a Tier 6 Medal, it will have a bonus between 100%～180%, enabling you to dish out more damage than ever before!
As Sephiroth [EX] and Tifa & Aerith are our first Tier 6 Medals, you certainly won't want to miss out!

As a reminder, EX Medals can only be obtained for limited periods of time.
In other words, you won't be able to obtain Sephiroth [EX] outside of this EX Medal Deal until we announce that it is available again!

This 10-Medal EX Medal Deal guarantees the following:
・You are guaranteed to receive a Tifa & Aerith within 5 draws from this EX Medal Deal!
・You will receive at least one Tier 4 or higher Medal pre-strengthened to between 1 and 3 Special Attack Dots in each draw!
・All Medals will be of 5★ or higher rarity!
・If you receive the following Medals from this deal, they will come with their Special Attack strengthened to 3 dots:
- Sephiroth [EX]
NOTE: Sephiroth [EX] can only be pulled from the 10-Medal EX Medal Deal during the specified period.
- Tifa & Aerith

You also have a chance of getting Boosted versions of the new Medals!
・Boosted Sephiroth [EX], Tifa & Aerith: 1,000 more base Strength and Defense.
NOTES:
・The boosted base Strength and Defense stat will be highlighted in yellow instead of the usual white text on the Medal details screen.
・A Boosted Medal can have its Special Attack strengthened by fusing the normal version of the same Medal onto it.
・However, make sure that you don't fuse the Boosted version onto a normal version, or else you'll lose the stat boost! 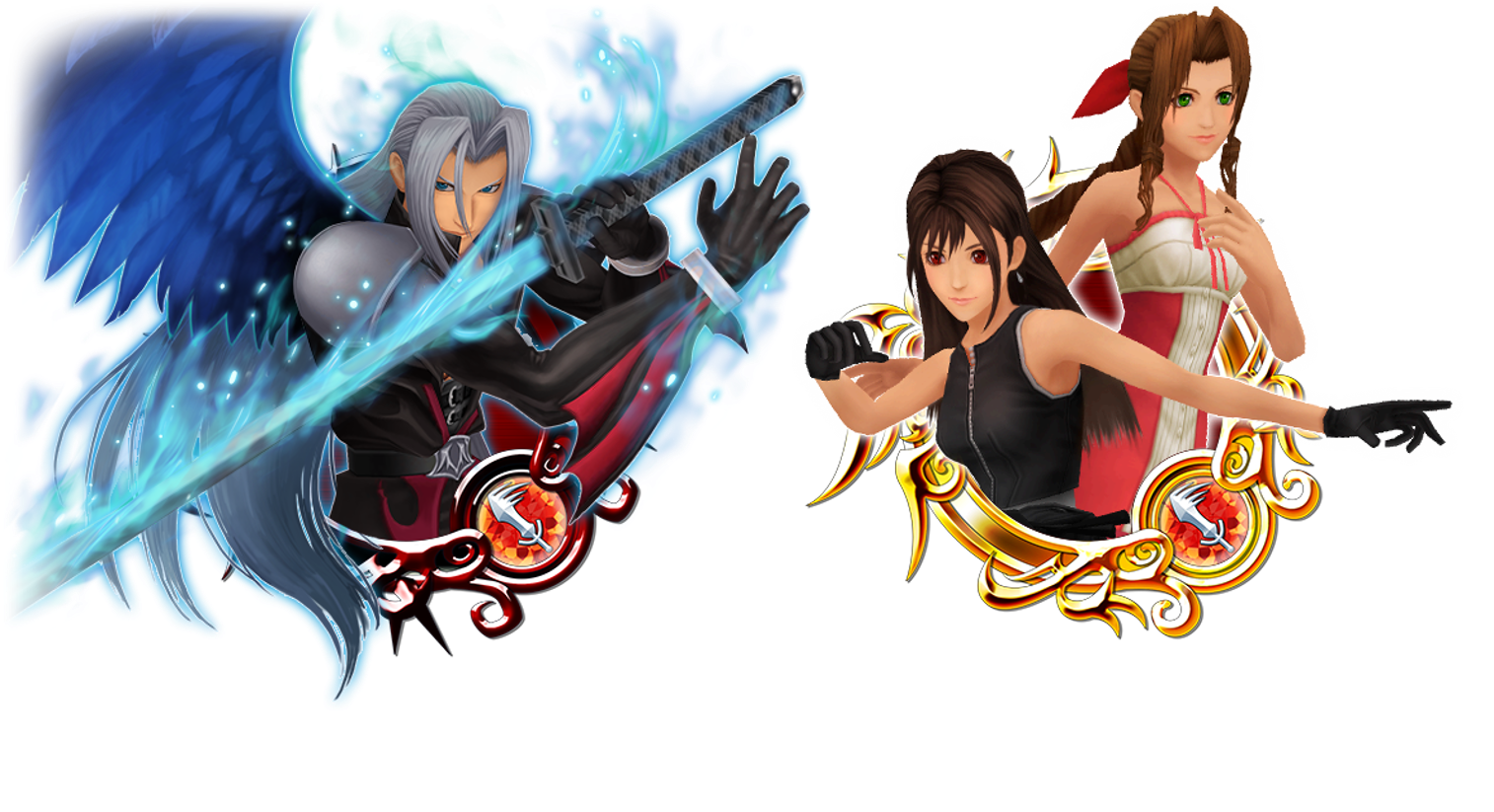