★Celebrate the new Pirates of the Caribbean Film! 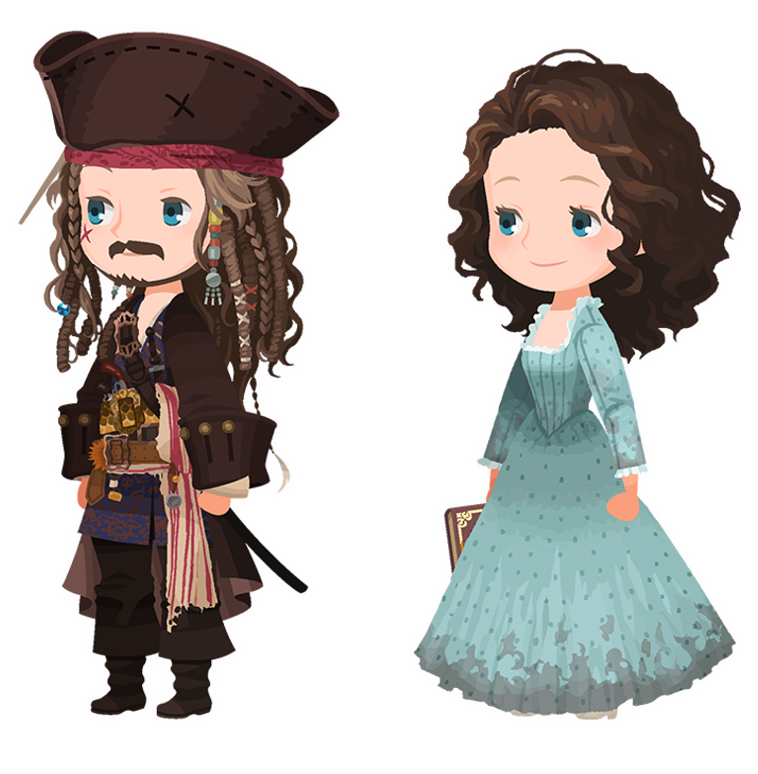 ■ Details:
To celebrate the theatrical release of Pirates of the Caribbean: Dead Men Tell No Tales, here's a pair of special limited-time avatar boards for 2,500 Jewels each!
These boards contain all kinds of loot including a full set of avatar parts, Magic Mirrors, Cid medals, and various skills!

・Dress your character up with Pirates of the Caribbean avatar parts!
・Stock up on bonus Medals like Chip, Dale, Cid 10 and Magic Mirror Medals, as well as a Speed Gem from each board!
・Get ATK Boost IV & ATK Prize+, Attack Boost IV, and Defense Boost III skills!

■ Contents of Limited-Time Avatar Boards
(The rewards listed below are for each board unless noted otherwise.)

For a limited time, all quests and raid bosses will be playable for no AP cost! Use this opportunity to progress through the main story, challenge proud quests, or take advantage of VIP Quests to their fullest!